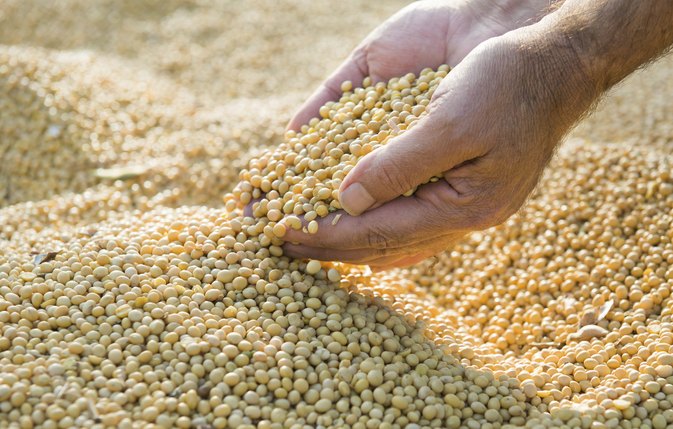 Also known in India as Soy Mealmaker, Nutrela Soya Chunks by Ruchi Nutrition is a line of high-protein soy chunks, mini-chunks and granules. These chunks can be used interchangeably with certain types of meat in various recipes. For those seeking to embark on a vegetarian diet, or simply reap the health benefits of soy, Soya Chunks may be an excellent addition to your diet. According to the company's website, the manufacturer has been making these soy products for 25 years. They are 100% vegetarian and contain 336 calories per 100 grams of product.

According to the Ruchi Nutrition website, Soya Chunks contain 54.2 grams of protein, which exceeds the amount of protein found in meats, eggs, milk and wheat. KidsHealth.org reports that soy protein contains all the amino acids needed by the body, and is an excellent replacement for meat-based proteins. Animal proteins are generally higher in saturated fats. The company's website adds that the soy protein in Soya Chunks can be beneficial to the growth of strong bones and teeth in children.

The Ruchi Nutrition website reports that the soy protein in Soya Chunks may reduce the risk of osteoporosis in menopausal women, and may also ease other menopausal symptoms. Similar claims have been made about soy in general, due to the fact that soy contains phytoestrogens, which may have hormonal activity. However, there is insufficient information to support these claims, and soy protein is not considered a medical treatment for osteoporosis or menopausal symptoms.

KidsHealth.org reports that it was once commonly believed that soy protein could lower LDL cholesterol. However, these claims have been partly refuted by recent research by the American Heart Association, which reported that soy has no direct effect on heart health, Kids Health notes. Soy is high in fiber, which is known to benefit cholesterol levels, and can indirectly lower cholesterol by replacing fatty animal proteins in the diet.

According to Kids Health, soy protein in general is rich in B vitamins and Omega-3 fatty acids, which are thought to benefit many aspects of health. In addition, Ruchi Nutrition reports that Soya Chunks contain 533 milligrams of calcium and 21.2 grams of iron.