The good news for Vietnamese seafood 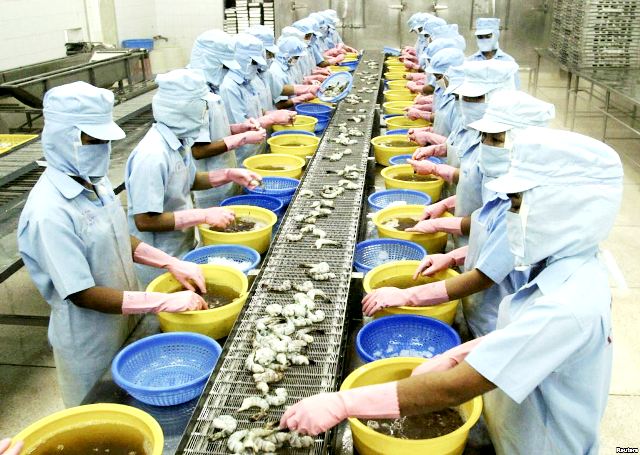 Yesterday ( 22/1 ) , Quality Management Department of Agriculture, Forestry and Fisheries ( Nafiqad ) announced : Japan has officially cancel the test mode Ethoxyquin Residual 100 % for shipments and shrimp products of shrimp from Vietnam . At the same time , raising the maximum residue limit allowed ( MRL ) of 0.01 ppm Ethoxyquin up to 0.2 ppm .
This is a great news for Vietnam seafood exports after the process of struggle and negotiation around issues of persistent residues control over Vietnam's seafood exports in the Japanese market .
The good news for the farmers to Vietnam soon reach the day Lunar New Year
According Nafiqad , dated 20.01.2014 , has received Nafiqad function JF : 42/2014 of the Japanese Embassy in Hanoi announcement: At the request of the Ministry of Agriculture and Rural Development of Vietnam, and especially love demand of Prime Minister Nguyen Tan Dung in high -level talks Vietnam - Japan in 12/ 2013 the Japanese launched a review of the maximum residue limit allowed ( MRL ) for Ethoxyquin based on laws and relevant regulations .
According to the Embassy of Japan , Ministry of Health - Labor and Welfare of Japan has now completed the necessary procedures , including notification to the World Trade Organization ( WTO ) in consultation with the State members of MRL substances in food . Accordingly, the MRL of Ethoxyquin in crustacean was adjusted from 0.01 ppm to 0.2 ppm ( 20 times increase ) .
Thus, with Ethoxyquin residues in shrimp shipments were warned in the Japanese market in recent years from 0.2 to 0.6 ppm , and Ethoxyquin test mode for 100 % of consignments of shrimps farming and shrimp products from Vietnam will be the competent authority of Japan lifted.
After much struggling and negotiations , Japan has " unleashed " for Vietnam shrimp
Shortly after the Japanese Embassy in Hanoi has officially notified to Nafiqad , 21/ 1, Ministry of Health - Labor and Welfare of Japan has announced on the official website of this Ministry on the application of the maximum residue limits for new licenses for chemical residues in food . Accordingly, the MRL in crustaceans ( including shrimp and shrimp products ) to be formally adopted as 0.2 ppm ( details at website : http://www.m5.ws001.squarestart . ne.jp / foundation / agrlist.php ) .
First the good news about Japan loosened residue control and inspection frequency Ethoxyquin for shrimp and shrimp products from Vietnam, Nafiqad notice and request : The seafood export processing companies in the Japanese market update new Japanese regulation on MRL of Ethoxyquin in crustacean to adjust the appropriate control measures when exporting to this market . For Quality Center of Agriculture , forestry and fishery areas , common requirements and guidance in areas of management companies updated regulations of Japan to serve the inspection activities , testing and quality certification Food safety for export seafood products to Japan .
Source: http://nongnghiep.vn/